Anchored by Mt Triglav, the country's tallest peak, the 840-sq-km (324-sq-mile) park is loaded with history, crisscrossed by rivers and streams, freckled with high-mountain lakes and connected by hiking and cycling routes.

And while it’s true TNP is Slovenia’s only national park, much of the country feels like a preserved zone anyway – more than 60% of its surface is forested, the third-highest percentage in Europe. There are, of course, other protected areas, including three regional and 34 landscape parks, but this green-minded Central European nation is not a place that hands out top-billing classifications easily. It is not hyperbole to say that you haven’t been to Slovenia until you’ve spent significant time in TNP.

Climbers of all skill levels can summit Mt Triglav

According to lore, one isn’t a true Slovene until they’ve summited the 2864m (9396ft) Mt Triglav (triglav means three heads). Luckily there's a way to the top for nearly any skill level, from climbers and hikers to mixed mountaineers, and the rewards – unparalleled views of the Julian Alps and a 360-degree panorama of the incredible park below – are worth the effort.

For a challenging route, start in the Vrata Valley. The push here begins from the 1015m (3330ft) Aljažev Dom hut, due north of the mountain, and heads up the mythical north face. A significantly easier path takes you from Rudno Polje on the Pokljuka Plateau and along the Pokljuka Route from the south.

Regardless of the trail you choose, take care to monitor the weather conditions and carry the necessary equipment: sturdy boots, helmet, harness for ropes or via ferrata, sunscreen, water, hat, foul-weather gear and rations for energy.

Brush up on Slovenian culture and history in TNP

It may seem as if TNP's adventures all require a helmet and harness, but it's easy to forget just how many non-mountaineering activities and low-adrenaline spots there are in this northwest corner of Slovenia.

A simple walk in the woods, for instance, will take you to the iconic 78m (256ft) Savica Waterfall near Lake Bohinj, a mammoth body of tectonic-glacial water. From there, you’re within strolling distance of the Alpine Dairy Farming Museum in Stara Fužina, and the seven-century-old Church of St John the Baptist. When you’re in the town of Trenta, don’t miss the chance to amble to the source of the Soča River and cross the 1611m (5285ft) Vršič Pass, where 50 serpentine turns provide a plethora of photo ops across, arguably, the grandest collections of peaks in southeastern Europe.

TNP has trails for day hikers and long-distance trekkers alike

TNP has a host of day-hike options, such as the Triglavska Bistrica Trail, which connects to the northern Vrata Valley and passes the Slovenian Alpine Museum in Mojstrana. But it's also Grand Central Terminal for some of the country's best through-hikes, and many of Slovenia’s main long-distance treks lay over here for one or several stages.

The nation’s longest path at 616km (383 miles), the Slovenian Mountain Trail passes through TNP before turning south to the Adriatic, while the 270km (168-mile) Juliana Trail takes more than two weeks to circumnavigate. Combining World War I history and multi-day hiking, the trailhead for the Walk of Peace is in Log pod Mangartom, a settlement in the park’s northwest corner, and the Via Alpina, which links Central and Western Europe’s eight alpine countries, shows off its Slovenian chops with two trails (Purple and Red) running through Triglav.

Cycling in TNP is sustainable and convenient

One of the most satisfying aspects of Slovenia is the fact that self-locomotion – particularly by bicycle – is not just possible but encouraged. This is especially the case in TNP, which, unsurprisingly, is one of the country’s most popular destinations.

Within the park, the easygoing Radovna Cycle Route follows the Radovna River along the northeast edge of the park for 10 miles or so. Primarily a gravel and mountain-bike route, the Trans Slovenia cycling trail also begins in the far north, crossing the Vršič Pass as it pedals south, then becoming the Trans Dinarica and crossing Slovenia's border into the countries of the Western Balkans.

There are multi-day guided and self-guided itineraries that explore the area too, such as Visit GoodPlace's Around Triglav National Park tour, which leads cyclists to Lake Bled and Lake Bohinj as well as Bovec and sites along the Soča River. For a more extensive excursion, the weeklong Bike Slovenia Green tour rolls through the park from Kranjska Gora, stopping in green-certified destinations only.

Getting to and staying in TNP

Getting to Triglav National Park is simple. It's an hour-long drive from Ljubljana, taking Hwy E61 toward Kranj and Bled, then the 201 toward Kranjska Gora. A bus takes approximately two hours. Once in TNP, take advantage of the park-and-ride public transportation.

Within the park, there are accommodations, including apartments and mountain huts, where you can share notes and tales with other mountaineers. Larger settlements and towns, such as Bohinjska Bistrica, offer more traditional digs, such as the green-certified Bohinj ECO Hotel.

You might also like:
The 8 best places to discover in Slovenia
There's a new way to explore Slovenia sustainably
5 incredible and responsible road trips in Slovenia 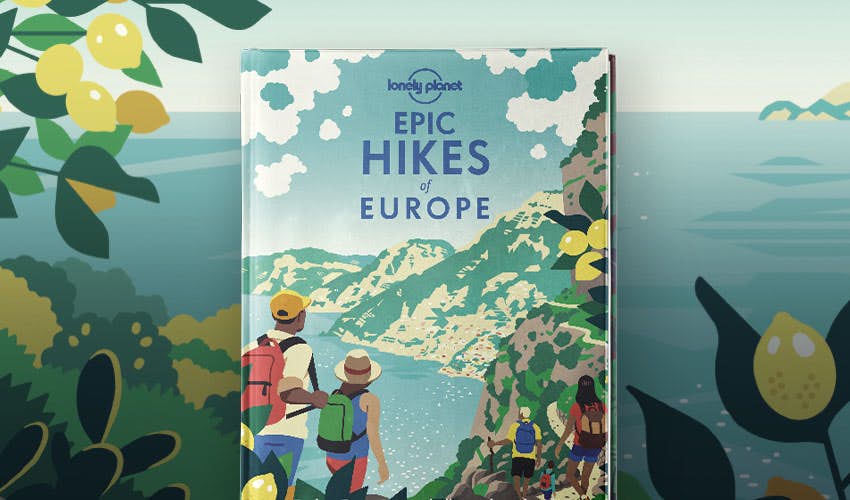 From the sun-kissed regions of Southern Europe, including Italy, Greece, Portugal and Spain, to North Europe’s history-rich heartlands (including France, Germany, Belgium, Britain, Ireland and Scandinavia), we cover a huge variety of themes and experiences for every type of hiker.